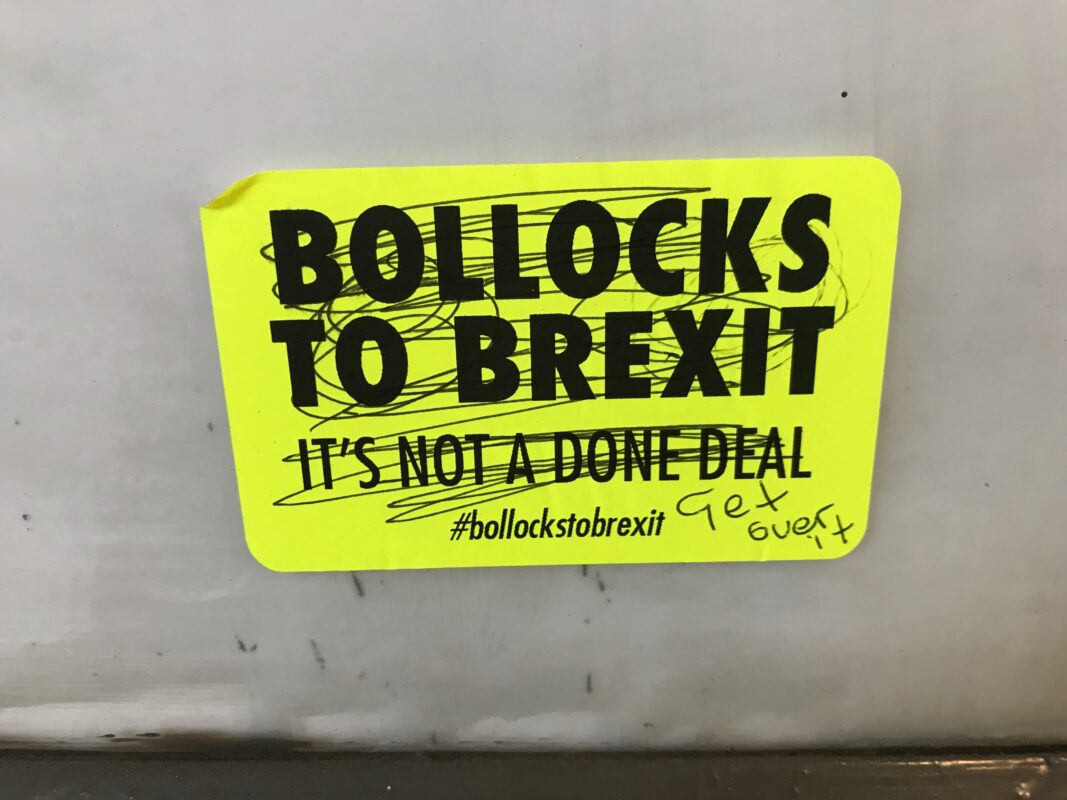 I’ve got a campaign frustration that I need to be honest about – what is the theory of change behind the ongoing ‘stop Brexit’ campaign.
Now put aside for the moment if going back on the original referendum is a good thing, both for the public faith in democracy and if it’s legally possible, but it is one campaign that seems to have an ability to wind me up, because I can’t see anyone outline a plausible theory of change, but yet millions of pounds are clearly being spent towards it.
As I’ve written before, I don’t think that we’re going to be able to reverse the outcome of the 2016 Referendum by –

So I’ve been looking at applying the 5 theories to inform policy change outlined in Pathways to Change as a working example of how Brexit could be stopped.
In doing so I’ve found it a useful way of turning what is a really brilliant, but fairly dense report into something that helps campaigners think about the different opportunities to deliver policy change.
1 – Large leaps – crisis or sudden unexpected events create the opportunity to create change. Those in power will see that ‘something has to be done’ to respond to an unexpected or unanticipated event. Too often campaigners aren’t well placed for these moments, for example, the 2008 Finacial Crisis which threw up the opportunity to push for legislation that might put more controls on the financial sector.
So for those hoping to halt Brexit what are the ‘large leap’ moments that might cause a fundamental rethink of if we should remain – have they created a ‘break glass if’ strategy ready to go if something happens? Opportunities to influence and mobilise when those moments happen they move quickly so they need to be thought about in advance.
2 – Policy Window – issues get attention when they become ‘problems’ for those in power, and they know that they have to do something to respond, for example, the impending end of the lifespan of existing nuclear power stations means that the government needs to make some decisions about the future of the UK energy mix, thus providing an ‘policy window’ for campaigners for renewable energy – however for a policy proposal to be successful it needs to be seen a technically feasible and consistent with policy maker and public values.
For those looking to stop Brexit it’s hard to apply this to stop the campaign ahead of March next year.
3 – Coalition – Policy change happens through coordinated activities amongst individuals and organisations outside of government with the same core policy beliefs. If enough people can come together they can force change, however, the magic ‘n’ number of how many people that needs to be isn’t always clear.
Key to this is about recognising that the coalitions that are most likely to be successful are those that include broad and unusual suspects, so the ‘remain’ campaign is to focus on building a coalition that isn’t just made up of those that supported the original referendum. As academic Erica Chenoweth says ‘An increase in the number and diversity of participants may signal the movement’s potential to succeed. This is particularly true if people who are not ordinarily activists begin to participate — and if various classes, ethnicities, ages, genders, geographies and other social categories are represented’ which implies a big effort is needed to mobilise and bring new people into a movement – the new approach of calling for a People’s Vote could help to achieve this.
4 – Power Elites – the power to influence policy is concentrated in the hand of a few – some people have more power than others, so influencing efforts should be focused on the few, not the many.
This feels like the approach that those who are opposing Brexit are most comfortable using, almost all of the output I see from groups like Open Britain is focused on trying to influencing MPs and Ministers, it’s a plausible strategy, but a Power Elites approach requires a really sharp thinking about where power is, and who needs to be influenced.
5 – Regime – Governments must work collectively with public and private interests to achieve its aims and outcomes – these are known as ‘regimes’ – so in the UK we have a ‘regime’ around both political parties – and they coalesce around a shared broad agenda. So those seeking influence either need to become part of the existing regime or ‘overthrow’ the existing regime and replace it with another.
Another potential approach, but with both of the main political parties supporting Brexit it’s hard to see any ‘regime’ to attach to this approach – if one of the parties could be shifted then there could be a possibility of change happening in this way.
For those interested in the theory behind this post, I’ve put together this which is a short summary for campaigners of the approaches outlined in Pathways to Change. You can read the full report here.