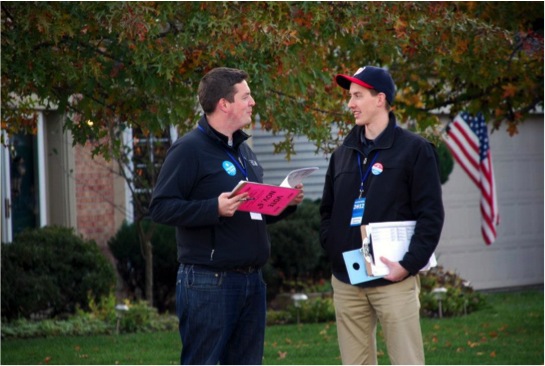 Last month I shared a few thoughts about what issue campaigner can learn from party political campaigning.
A few people encouraged me to do the opposite post, but as I started writing I discovered this isn’t really lessons for political parties from campaigning organisations, it’s more my reflections from 5 years as a volunteer campaign organiser within the Labour Party.
Some caveats to start with. My experience is perhaps an isolated one, I’ve been focused on working in support of one party in a few constituencies in SW London, and I can’t say that I’ve managed to address everything I’ve written in the constituency I was involved in, but they’re a few observations, which feel timely as the Labour Party considers its future direction.
I’ve tried to avoid too much of a focus on the idea that too many party members are focused on the minutes of the last meeting, that we send too many emails (which we do!) or we only visit at election time (which we don’t).
Why? Yes, it’s sometimes true we do all those thing but it’s also an unfair parody. Many of those I’ve worked alongside have been committed, dedicated individuals who put in hours of volunteer time determined to make a difference in their community. Instead I’ve chosen to reflect on the following.
1. Don’t forget to evaluate – I’ve been through a number of election campaigns now, they’re all different, but in all of them I’ve spotted things I’d do the same or do differently. It’s surprised me that the political parties don’t have a instinctive or systematic approach to sitting down, evaluating the evidence and learning what’s worked and what hasn’t.
Perhaps its because politics is always moving along, win and you’re into governing. Lose and the last thing you want to do is reflect on what you did wrong, but it’s a practice that needs to be encouraged at all levels of the party. Personally, despite feeling numb from the result of the election in May, I’m glad the Labour Party has committed to do a full review of what worked and didn’t work, and it’s great to see some of the candidates do the same. That needs to become the norm not the exception, and the findings need to be distributed widely.
2. Test, trial and try new – Elections are in many ways won (or lost) using the same formula that parties have been using for years. Yes, there are a few examples of doing differently (Birmingham Edgbaston is the example that was rightly praised in 2010 and Ilford North in 2015) but outside a few campaigns committed to pioneering , and the work of the Labour digital team who I think awesome, new approaches seem to be to too often few are far between and not mainstreamed quickly.
Innovation is hard when the risk of it not working is losing an election, and not all campaigning organisations get this right either. But I’d love to see the party embrace a culture of testing different approaches to see what has the biggest impact, trailing something new, building an evidence base based on experimentation.
It doesn’t mean throwing the old playbook out (there is much to be said for the approach of going door to door and being routed in a community) but the playbook needs to have some (evidence-based) chapters added to it.The experience of Arnie Graf and the suspicion with which his community organising approach was viewed is a lesson in how hard this can be.
3. Share learning – In the overall scheme of things I was a fairly unimportant volunteer. But with a (unhealthy) passion for campaigning that took me to the US to learn how Obama did it in 2012, I was amazed at how little learning and good practice is proactively shared amongst other volunteer campaign organisers. I’m sure there is loads I could learn from others across the UK, but I found more ideas from reading books and blogs about what was happening in the US than I did others in the UK.
The Labour Party would do well to emulate a model similar to that of the Analyst Institute in the US and build a closed community committed to share evidence and best practice for paid staff and key volunteers (like me). But learning shouldn’t be limited from within the Party, since the election its been more interesting reading learning from Conservative activists, like any good campaign the party needs to be open to collecting ideas for a range of sources.
4. Remember the pyramid of engagement – A graph like the one below should go up in every Labour Party office. Sure some really skilled professional people just love to deliver leaflets (I’m one of them now – it’s good exercise) but too often that’s all we ask them to do, just knock on doors or deliver leaflets. 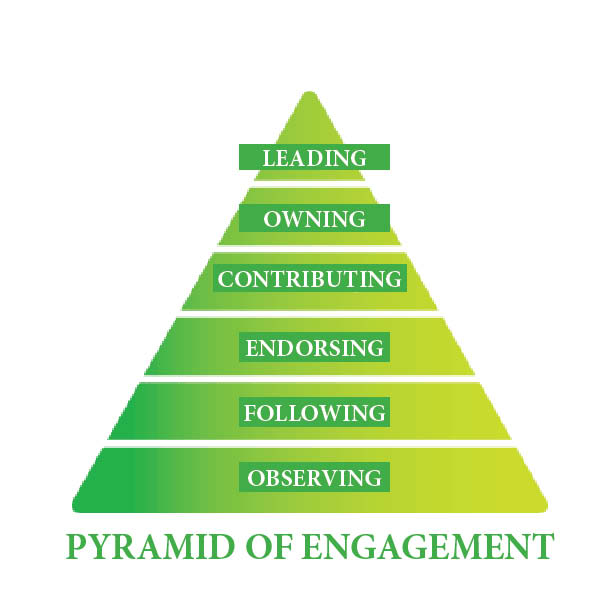 The pyramid of engagement is a tool well know to campaigners, all about how you help you develop a plan to recruit individuals and engage individuals. Some constituencies do this really well, but sadly most don’t meaning talent is wasted or under-utilised.
5. Invest in your people – The Labour Party relies on a small army of organisers in many of its constituencies, most are recent graduates paid too little, and asked to make huge sacrifices of time in the run up to an election. Some are stick around for year, but most drift away after an election or two. That’s valuable institutional knowledge walking, and a huge cost in training new staff.
We don’t have the culture in the UK of a professionalised political campaign staff, but as a result there a few incentives for the most effective organisers to stick around, the training they get seems to be patchy and the support/supervision from more experienced staff limited. Building a clear career pathway that rewards the most effective rather than those who have the most stamina, and effectively scales to provide the right level of support and supervision is needed if we’re to build a cadre of brilliant campaign managers.
6. Build a culture of accountability – At times, asking how another constituency how many contacts it’s made is similar to asking someone else how much they get paid. It’s shared with reluctance and is probably over or under inflated! Work needs to be done to ensure the metrics are more sophisticated than simply the number of contact made, although that’s still an important benchmark of activity, to ensure they’re capturing volunteer engagement and much more.
But those figures need to be shared and scrutinised. To my mind it’s unacceptable that we don’t have a culture where one constituency can benchmark itself against another and those who aren’t performing, including where we have longstanding MPs, are called out by the National Executive Committee or another representative body.
So a few lessons from me.  As I was writing this I re-read parts of Refounding Labour. It’s a document full of practical recommendations. It would be easy for whomever becomes leader in September to bin it, as a holdover from the previous leadership, in my opinion that would be a mistake.
Get my latest posts sent directly to your inbox – sign up here.