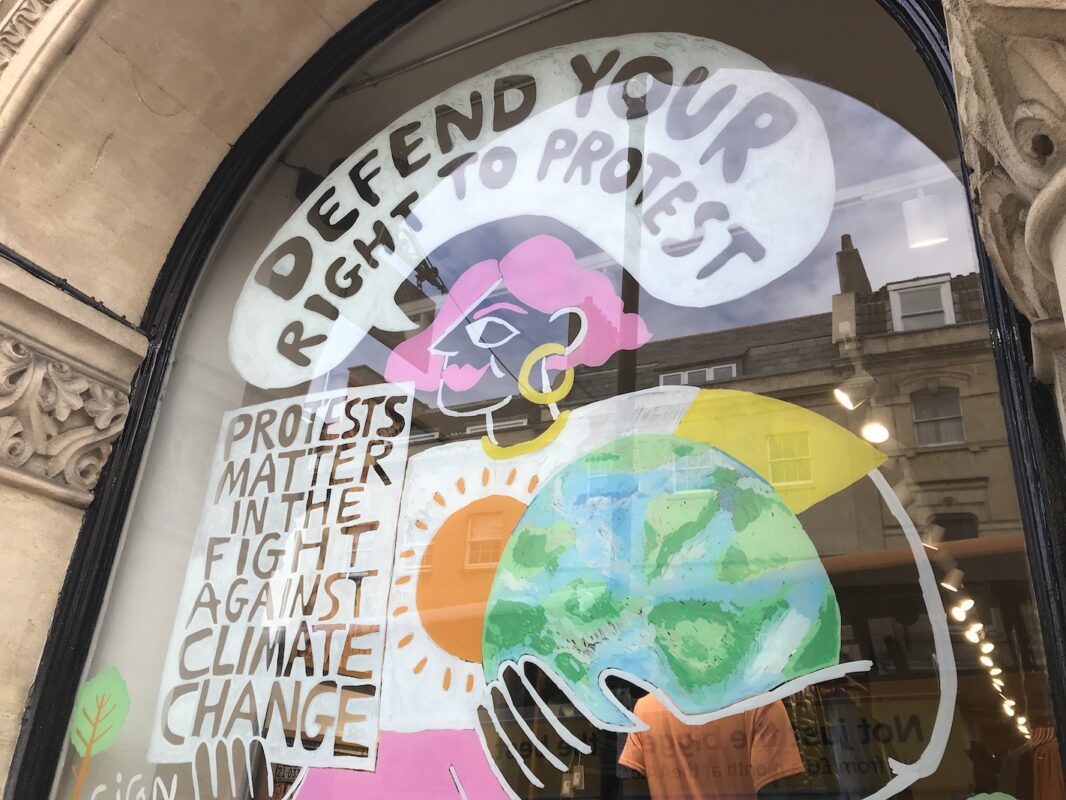 This isn’t a new trend (indeed I’ve written about it before – something I only realised on completing this post)- but over the last few months I’ve stumbled more and more articles and examples of companies using campaign tactics and approaches – so it felt like it was time for a quick post!

Here are four approaches to corporate campaigning I’ve spotted – can you add more or share other examples?

1. Activist CEO – where corporate leaders decided to put their brand behind issues. This seems to have entered a new chapter in the last year, especially in the US where they’ve been active in supporting #MeToo, Black Lives Matter and most recently to challenge legislation that will make it harder to vote.

Look at the UK and you can see how Tim Martin, the CEO of Weatherspoons has put his pub chain at the front of campaigning on both Brexit (he was for it) and lockdown (he’s against it).

As this article from the Economist points out normally companies  ‘put their faith in paid lobbyists and used industry groups like the Business Roundtable to campaign on their behalf. The lobbying concerned almost exclusively matters of direct concern to their bottom lines, such as taxes, regulations or immigration policies that might affect their employees’ but  that’s clearly changing.

This report from Phone2 Action argues that corporate activism is now a market expectation suggests that ‘more than three out of four consumers (79 percent) expect companies to engage on political and social issues’ so we can expect to see more of this in the coming years.

2. Product based campaigning – I’ve written before about Apptivism – where app-based platforms like Uber use their technology to invite users to take action to challenge decision-makers who they perceive are preventing them and their customers from getting what they want, or in the US encouraging people to vote a particular way in referendums.

It seems to work well as an approach for ‘challenger’ brands like Uber which have got a strong or loyal customer base – I guess if you’re going with this approach you’ve got to confident that consumers will back your positions.

Another example is the photo below that my colleague spotted on the side of his Oatly carton – focused on challenging EU guidance on labeling on milk substitutes.

3. Community Organising – this brilliant paper by Luke Yates at Manchester University provides an in-depth look at how Airbnb has used community organising approaches to build a network of Home Sharing Clubs to help to bring together specific members of their community to build power to influence local officials. The paper outlines how Airbnb explicitly uses community organising approaches, like one-to-ones to move members up the mobilisation curve.

It also explores how other companies, like Uber, Lyft and Lime are using the same techniques, creating effectively a whole industry of corporate grassroots lobbying which is able to draw in those who have party political or more traditional community organising experience, and then use those approaches for their corporate benefit. Feels like an approach we’ll see more of.

4. Activist Brands – some companies have always had activism is woven into their DNA, perhaps the most notable one is the clothing company, Patagonia, whose CEO talks about how ‘we used to be a company that supported activists, and now we are more of an activist company’, and its Patagonia Action Network has been active for 40+ years at distributing funding to support environmental activism, but also showcases activism in its stores and actively promotes its activist positions as central to its approach (see more on that in this great article).

Ice Cream brand Ben and Jerry’s would be another example, using its brand (and packaging) to support work on refugees – although it’s also been challenged to stop sales in illegal Israeli settlements and publicly oppose Israel’s occupation.

Cosmetic companies Lush and Body Shop would be other examples in the UK – with Lush for example featuring campaigns in their stores.

2 thoughts on “When Companies Campaign – part 2”