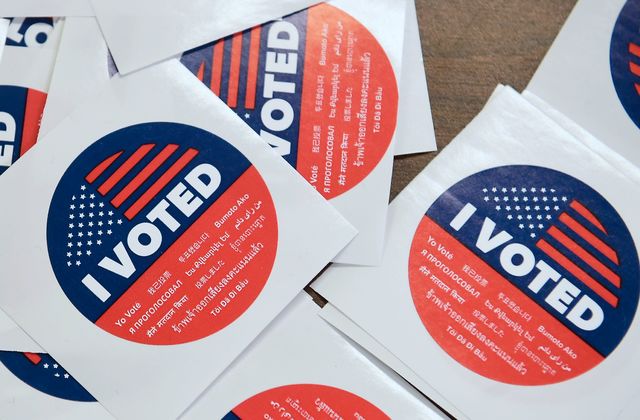 So we’ve got President Biden in the White House and a Senate controlled by the Democrats – the US election is truly over.

But, if you’re a political campaigner in the UK, you might want to think about what this could mean for May 2021 – when the Westminster government seems set to continue to push forward with many elections in England (and possibly Wales and Scotland), despite the pandemic.

It’s easy to look at the Presidential campaigns and how they’re run, but dive down the ballot, and you’ll find a bunch of candidates and state parties doing interesting and innovative work that is perhaps easy to replicate.

And with elections happening in May, and probably in similar conditions to the US, where the ongoing Coronavirus pandemic is going to force campaigners and candidates to adapt, it’s somewhere to learn from.

Here are a few to start from;

1. Stacey Abraham and her Georgia GOTV effort – Abraham’s who narrowly missed out on being elected Governor in 2018, has rightly been praised for building an election machine that helped to turn Georgia for the Democrats for the first time in over 30+ years, and then picked up two Senate seats earlier this month.

Her relentless efforts on driving voter registration and then GOTV across the state certainly flipped the state, indeed there was some suggestion her team was at the impromptu celebrations in Atlanta when President-elect Biden making sure everyone was registered, but it also showed the importance of investing in long-term plans to win.

If you want to find out more about Abraham’s this film is a good place to start, but the big lesson here is that if you want people to vote for you then they need to be registered – or have a look at her detailed game plan from 2019.

2. Beto O’Rourke and how he almost turned Texas blue – An similar story to Georgia, Beto who ran for Senate in 2018 has been running a commanding GOTV operation in the state. Those efforts saw him get some huge numbers turning up for his virtual phonebanks, which saw the campaign making over 2,000,000 calls on the day before the election – just thinking about organising that makes me come out in a cold sweat!

One of the keys seems to be bringing celebrity power to the phonebanks, so you can be dialing along with the stars. With lots of UK campaigns likely to be focused on phone banking in the coming months, it’s a good reminder that making hitting the dialler a fun community experience is going to be really important. If you’re interested, more on the campaign in Texas here.

3. Wisconsin State Democrats – another state which flipped back to the Democrats last week, and this short video is a good look at how the state party, led by former MoveOn.org campaign director, Ben Wikler, adapted to moving to a digital organising program in the middle of an election earlier in the year.

The big lesson I took from this film, and also following Ben on Twitter, is the importance of letting organisers use the channels that work for those that they’re looking to engage, that could be Facebook Live, Zoom or another platform. But it highlights the importance of distributed leadership with those who know their communities left to run the most appropriate strategy.

Another cool thing that I saw the Wisconsin party do was run these virtual reunion events which brought together the casts of shows like Princess Bride, which saw over 110,000 people donate to watch the cast reunite – campaigns need money, and in an age where many of the traditional approaches like fundraising dinners aren’t possible this looks smart (and fun) to me.

4. Ed Markey sees off a primary challenge – this isn’t about a victory in November, but back in the Primary season when the incumbent Senator for Massachusetts defeated Joe Kennedy III to secure the Democratic nomination. Markey has been an elected official for almost 40 years, but his long-standing support for climate action saw the Sunrise Movement support his campaign and it’s thousands of activists to help (and also produced this brilliant advert). More on the amazing operation of the Sunrise Movement here.

As this podcast explores, he won thanks to the work his organising team did to ensure that field and digital was totally integrated, and if you want to deep dive into what that looks like there are loads more lessons in this playbook that the team have shared which could be applied to lots of local races. I’d also really recommend a read of this over on Labour Society of Campaigners site.

5. People’s Action and Deep Canvassing – lots of the talk about the election was about the role relational organising would play in the campaign – but the team at People’s Action focused on Deep Canvassing – candid, two-way conversations where canvassers ask voters to share their relevant, emotionally significant experiences and reflect on them aloud – and showed through a study that this approach was 102 times more effective than traditional electioneering efforts aimed at persuading people to change their vote.

Now as Mark Pack rightly pointed out to me on Twitter there are some questions about if you can scale this given the time it takes for the conversations, but in tight and local races, there could be some value in this approach. One to explore further?