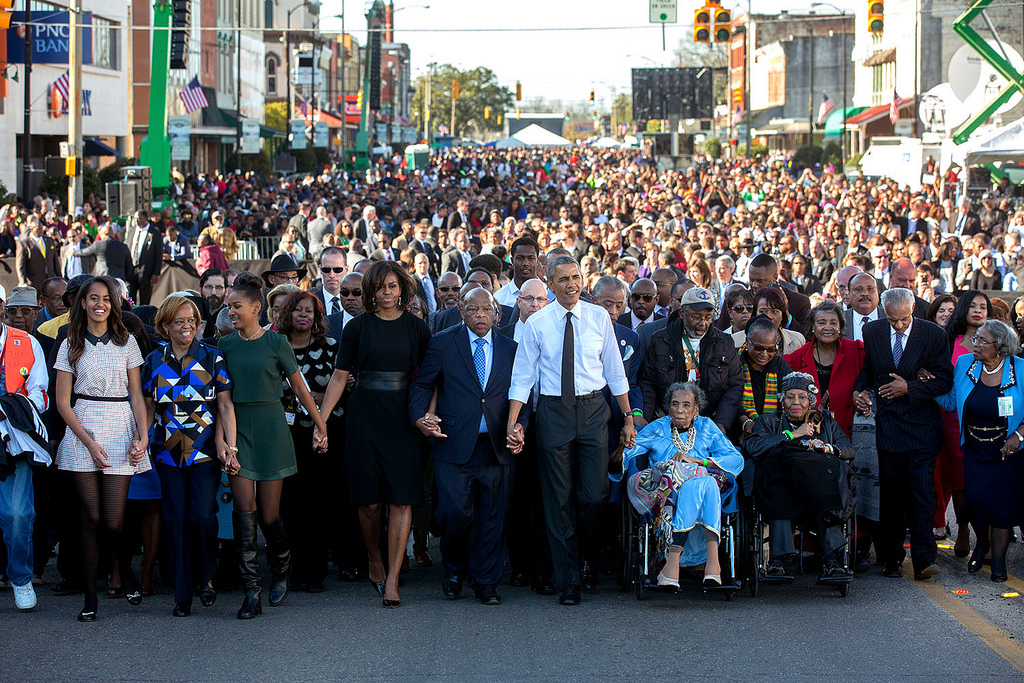 Anyone who follows me on Twitter will know that I’m a big fan of President Obama – so today isn’t going to be a good day.
I’ve spent some of the last fortnight working my way through some of his final speeches, and through it they’ve reminded me of some powerful lessons for campaigners.
So as he steps down from being President, I’ve put together a special Five for Friday with some quotes and speeches;
1 – That change can start anywhere – from the ‘Fired Up, Ready to Go’ story.

2 – Respect, Empower, Include – the organising philosophy of the campaign. And we trusted our volunteers with a simple set of organizing principles: Respect people. Empower people. Include people. Listen to people. Find out what’s on their minds. Find out what’s moving them. So that this wasn’t a top-down affair, but this was a bottom-up affair. And people could come up with their own ideas about how to get people involved and what to emphasize and how to organize themselves. And together, we created a movement for change that couldn’t be denied

3 – That campaigning can get you to the table but you need to work with politicians to deliver policy change – from his answer to a question about community organising at a Town Hall in London.

One of the things I caution young people about, though, that I don’t think is effective is once you’ve highlighted an issue and brought it to people’s attention and shined a spotlight, and elected officials or people who are in a position to start bringing about change are ready to sit down with you, then you can’t just keep on yelling at them. And you can’t refuse to meet because that might compromise the purity of your position.
The value of social movements and activism is to get you at the table, get you in the room, and then to start trying to figure out how is this problem going to be solved. You, then, have a responsibility to prepare an agenda that is achievable, that can institutionalize the changes you seek, and to engage the other side, and occasionally to take half a loaf that will advance the gains that you seek, understanding that there’s going to be more work to do, but this is what is achievable at this moment.
And too often what I see is wonderful activism that highlights a problem, but then people feel so passionately and are so invested in the purity of their position that they never take that next step and say, okay, well, now I got to sit down and try to actually get something done.

4 – That our movements inspire others to take action – from his speech in Selma to mark the 50th Anniversary of the Selma to Montgomery Marches across the Edmund Pettus Bridge.

Young people behind the Iron Curtain would see Selma and eventually tear down that wall. Young people in Soweto would hear Bobby Kennedy talk about ripples of hope and eventually banish the scourge of apartheid. Young people in Burma went to prison rather than submit to military rule. They saw what John Lewis had done. From the streets of Tunis to the Maidan in Ukraine, this generation of young people can draw strength from this place, where the powerless could change the world’s greatest power and push their leaders to expand the boundaries of freedom.

5 – Change happens when ordinary people get involved – from his final speech in Chicago last week.

If something needs fixing, then lace up your shoes and do some organising…..show up. Dive in. Stay at it.