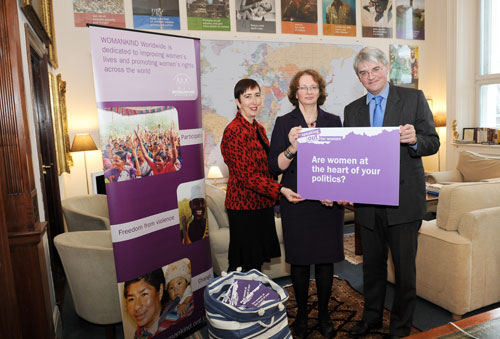 A while ago, one of my colleagues got to speak to a former ministerial Special Advisor (SPAD) to find out what really happens to all those campaign postcards we send to a government department.
My experience from running the Campaign Totals project over the last few years indicates that every department does things slightly differently, but here are five useful reflections from that conversation; 1. All correspondence goes to the correspondence unit. There’s no mechanism to make anyone outside the unit aware of it. However SPADs and Ministers can enquire about what the public’s writing in about, and SPADs in particular are likely to make sure they do as a good way to keep in touch.
2. Ministers will sign and read replies to letters or emails from MPs, and usually from directors of NGOs (sometimes from other senior staff) and will also read the incoming correspondence at the same time. That’s the only correspondence they’ll usually see.
3. The department may choose to post a reply to a public campaign on its website, usually if a SPAD says they should. That’s a good way to see what they think is worth taking notice of.
4. It works well for an NGO CEO to write to a minister to say how many campaign messages they’ve received and say what they’re asking the minister to do.
5. Hand-ins are a very good way to get a minister’s attention, if something is personally handed over to them. They’re more likely to agree if they think the photo will get good media coverage, and if there’s a celebrity involved, or someone who is seen as a celebrity by a particular audience. A hand-in with no minister present won’t come to a minister’s attention (unless you got media coverage for it).
What other insights do readers of the blog have about how to ensure your campaign postcards get noticed after a handover?