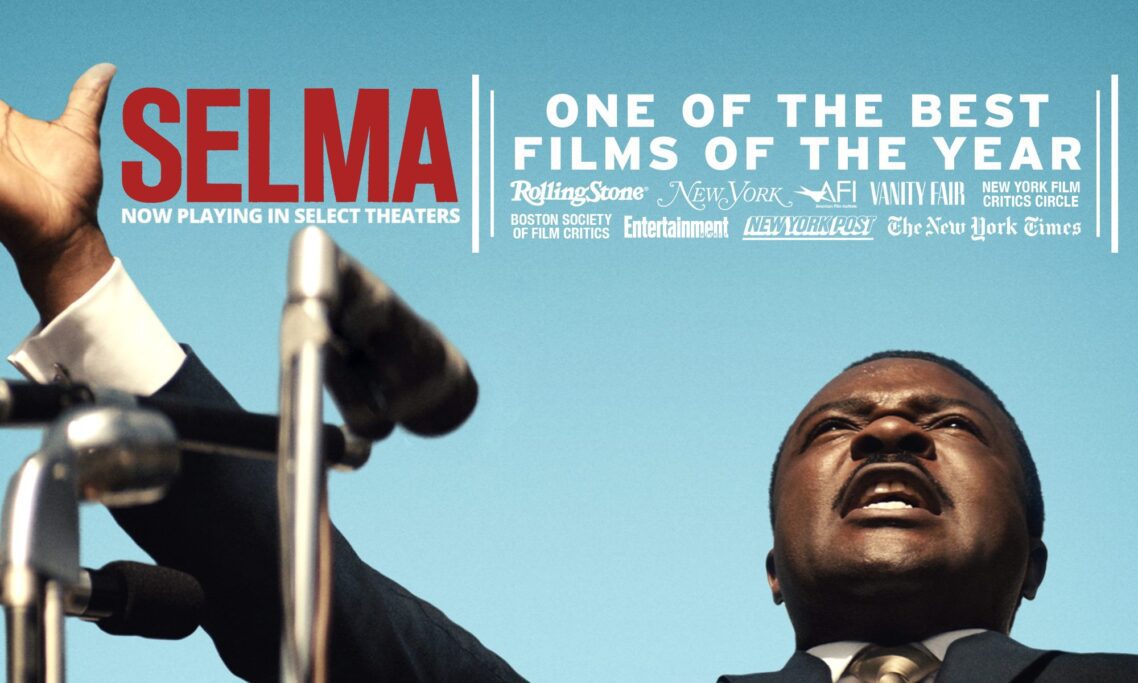 If you take nothing else from this post. Go see the movie Selma.
I promise you its the most powerful film you’ll see this year, and a ‘must watch’ for anyone interested in how change happens.
Much has been written about Martin Luther King and the Civil Rights Movement, but walking out from seeing Selma I was struck by a few lessons that should resonate for all campaigners;
1 – You can’t go alone – The film centres on the leadership of Martin Luther King, played brilliant by David Oyelowo, but throughout the film you see the importance of the role of the other leaders of the Southern Christian Leadership Coalition (SCLC). When wrestling over strategy, training the movement or negotiating with those in power, your reminded that although Luther King led the movement, he was ably supported by individuals like Abernathy, Lewis and Young. He need these companions to support him both strategically and spiritually as leader.
2 – You need to build your movement – In preparation for seeing the film I’ve been enjoying Taylor Branch’s ‘Pillar of Fire’, its a brilliant history of the Civil Rights Movement, and while the film touches on the work of the Student Nonviolent Coordinating Committee (SNCC), the book is reminder of the work that happened in places like Selma, Greenville, and elsewhere across the south, it was SNCC and others who worked to register voters and build consciousness amongst black communities. For movements to have moments like the marches in Selma you need to be committed to the hard work of organising before them.
3 – Have your second (and third) act planned – The film shows what strategic mastermind that King was, as he prepares for the Selma to Montgomery marches, he knew that his presence would draw nationwide media coverage. While the film doesn’t shed light on if the outcome of the Bloody Sunday march, where marches were viciously attacked by the local Police and State Troopers, could have been predicted, it’s clear that King was aware that he would need to call a second march (known as Turnaround Thursday) to increase the pressure on President Johnson and show the resolve of the movement. To often campaigns plan for the big moment but don’t think what they’ll do next.
4 – Capitalise on your opponents mistakes – As King explains why he’s moved the campaign to Selma, their is an interesting dialogue about why the campaign had ‘failed’ in Albany, Georgia, because local Police Chief, Laurie Pritchett, had studied the non-violent principles and developed a strategy to response which had muted the effectiveness of the movement, and the expected response of Selma Sheriff, Jim Clark, who they anticipated would respond in the violent way he did, helping to gain attention for the campaign. Throughout the film you see how Luther King sought to understand his opponents and exploit their weaknesses. Like a Judoka, he skilfully ‘throws’ his opponents using their power/strength.
5 – Use all the tactics available to you – While the film centres on the marches in Selma as part of the push to get the Voting Rights Act, through the film you also see how Dr King and the SCLC used a range of tactics available to them to put pressure on President Johnson to push the Act through Congress, from legal challenges, media, use of celebrities, to building diverse coalitions, although the SCLC focused on mass mobilisation, it sought to use all the approaches available to it.