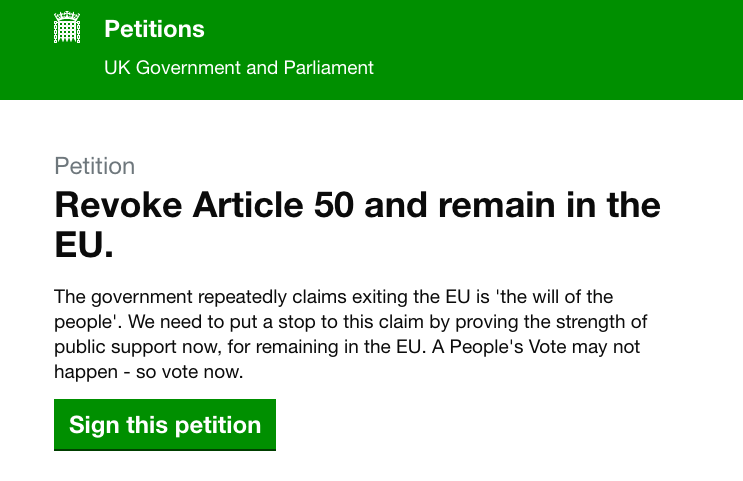 As the Revoke Article 50 petition hits 5 million signatures, I’ve been looking around for evidence of bigger petitions.

So is it the biggest in UK campaigning history?

Longer + caveated answer – I’ve not yet found any evidence of a petition that has had a bigger overall total, but it’s still got some way to go to top the Chartist who got a third of the adult population at the time to sign there petition in 1842 – for contrast the Article 50 petition is at approx. 10% of current adult population of 52,403,344.

To reach these figures I:

It’s also interesting to note that there are some campaigns which saw significant public protest – see here for a full list of biggest protest marches – like the 2 million people who marched against the Iraq War in 2003 but for which there is no evidence of a petition of a similar size set up at the same time.

Please do use the comments section below to suggest other petitions that should be included – I’d love to put together a top 10.