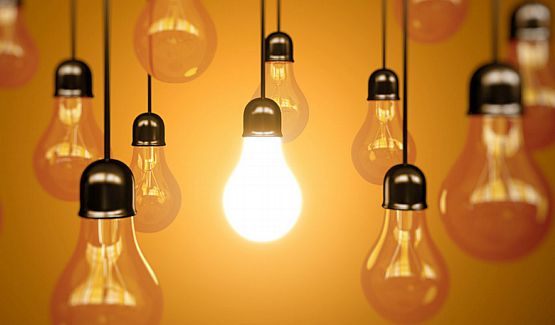 ‘Mistakes, I’ve made a few’ so goes the song. I’ve been thinking a lot about how I can learn from mistakes and failure since the start of the year. Much of it was prompted by reading Matthew Syed’s Black Box Thinking. In it, he writes

The book explores why some industries, like airlines, are good at practising open loop learning, while others, like the medical profession, less so – see here for the obligatory Ted Talk to accompany the book.
I’ve been thinking a lot recently about how I can get better at learning ‘open loop lessons’ in my work. Many of the campaigning organisations that I admire at the moment talk about how they have a culture of testing, and a high tolerance for failure, so what can I do to encourage that where I’m working?
It was something I challenged others at ECF to do (and it’s something I’ve blogged about before), so informed by a Chatham House rules session at ECF back in April, and my own reflections on when I’ve not got things right, here are a few reflections on how projects that I’ve been involved in don’t always work out the way they should.
1. The internal excitement bubble – sure they say in a brainstorm that ‘no idea is a bad idea’ but if you’re going to invest significant resources in taking an idea to market, it can pay to do some insight work first. To check that when you take your idea out of your organisational bubble it still a great idea.  I remember the campaign I was involved in when we were sure people would want to stick around and ‘make a weekend’ of the march, so we invested in a range of events. Hardly anyone came along. Something we would have found out if we’d asked a few people about their plans. Great idea in our bubble, less so outside of it!
2. Going to scale too quickly – sometimes good ideas need to take time to grow, you need to start small to learn what’s really going to work and what’s not going to work before you go to scale. I know that I’ve fallen into the trap of believing that we can quickly grow a scheme or idea, but in the attempt lose a huge amount of the goodwill you need for a project to succeed. I can vividly recall one volunteer project when we came up with an elaborate plan involving, but soon found it wasn’t working. A quick pilot of a few months would have easily helped us to iron out the kinks in it, but instead, we squandered a huge amount of goodwill.
3. Less failing, more fizzling out – Perhaps this shouldn’t be talked about in a post on failure, because much of our focus on the failure of a project or idea to get off the ground. But the truth can be that sometimes not knowing when to end something is as much a failure as not getting something started. I can think of a number of projects that we should have closed down rather than just keeping them going with just enough resources to stay afloat but not enough to have the real impact they should.
4. The resource gap – I know I’m guilty of this, especially as a manager where it always feels like you’ve got to make a trade-off between the amount that you can resource a project. But not backing a project with the resource it needs, or worse still ignoring what experienced colleagues are saying about the resourcing needs, in the hope that by sheer determination you can get it over the line.
5. Who wants a project to succeed? – Successful projects need clear owners. I’ve seen many projects squander because they lack someone who feels responsible for delivering. This is especially easy in a big organisation where. Since starting in my new role at Save the Children I’ve really found using a R.A.C.I. to be a useful tool. They help to ensure everyone is clear on who is responsible (the person who is going to make it happen) and accountable (the person who needs to be held to account if doesn’t happen). How I’d wish been introduced to that earlier in my career.
6. A Fresh Pair of Eyes – We’ve all done it, sent an email out with a terrible typo in the subject line, forgotten to add the link in or accidentally over promoted someone in an email. Lots of the mistakes I make are because I’m too close to the topic and thus blinkered to the details. A fresh pair of eyes is what’s needed. But as Jim Coe writes in this post on why we missed the election outcome, the concept could be used more widely, by making sure that we’re involving a wide range of perspectives and approaches, to challenge what might be in front of us but we can’t see because we’re blinded by certainty.
I’m certainly on a journey on all of this, so I’d love any reflections that readers have about how as campaigners we can get better at open loop learning.