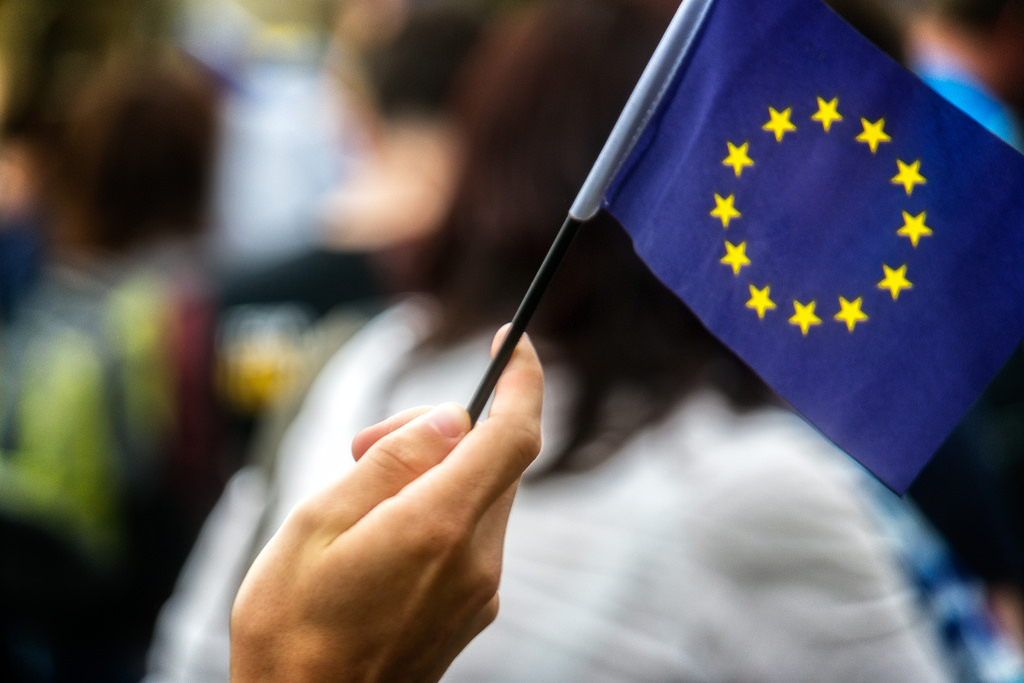 Last Wednesday, Article 50 was triggered, and already the papers are full of headlines about the return of Blue Passports (and worse). It’s getting me wound up.
But over the last week, I’ve found myself on a few occasion lamenting the apparent lack of any effectively organised campaign against ‘hard’ Brexit, and quietly getting frustrated about the March for Europe last Saturday which saw tens of thousands of people on the streets of London, but seemed like a missed opportunity to kick start something.
I don’t know who was behind the March for Europe – it wasn’t Open Britain, the group that’s trying to continue the legacy of the Stronger In campaign – but perhaps that speaks to the disjointed nature of what’s become of the Remain campaign.
So I wanted to offer a few reflections/questions for those involved in the March for Europe. Sorry if it’s a bit of a rant –  I’d welcome comments or feedback about what others reading this think.
What’s the Theory of Change to stop a ‘hard Brexit’? At the heart of every campaign is a theory of change (see this short video for more), which is designed to help you to make the connections between what you’re doing and the change you want to see.
If I’m honest, I’m still not sure what those who organised the march on Saturday wanted to achieve. I realise it was timed to coincide with the issuing of Article 50 and the 60th anniversary of the EU – so perhaps it was simply a show of strength, but it didn’t feel like it had any clear theory of change.
The question I’m asking is will we win the concessions we want in the Brexit negotiations on the streets of Whitehall on a Saturday, or in High Streets across the country? My sense is that we might push back some of the worst of Brexit if we can demonstrate to MPs who voted Remain (especially Conservative ones) that there is a political risk for them to back a ‘hard’ Brexit.
With the Parliamentary arithmetic as it is, those antagonised backbench MPs will be some of the most effective advocates we have for the issues – channelling the anxiety to Number 10 and others, that this will cost votes/seats at the next election. It’s a tactic that we’ve already seen anti-Trump campaigners use effectively on Healthcare in the US, where moderate Republicans felt they couldn’t back (more on that in a moment) as a result of pressure.
Was a demonstration the most appropriate tactic to use at this time? History is a testament to the fact that marches have a role to play in delivering change. But in campaigning, you always have to make decisions about the allocation of scarce resources, and organising marches are resource intensive activities. They require money to pay for stewards, effort and energy to mobilise people to turn up, and much more – they are huge operations.
Sometimes there can be really good reasons to march – I’ve written about some here – and sometimes a march can be about coming together to bear witness or be in solidarity with others – something I felt strongly when I joined the Women’s March following the inauguration of Donald Trump. But did anyone ask if this was the most useful tactic to use given the resources available?
Who was the audience? Looking at the images of the marches I have a concern – it seemed designed only to appeal to those who define themselves as Progressives or New Britain’s – groups that research shows aren’t close to equally a majority of the population. That’s understandable – I looked to buy an EU Flag ahead of the referendum vote – but winning change will need to build a coalition that is bigger than the 48% who voted Remain.
Concessions will need to be secured with the support of those who voted for Brexit and I’m not sure they’re likely to be attracted to a cause which was so vividly wrapping itself in the European flag.
Human nature suggests that telling people that the way they voted was wrong (even if you think they are) isn’t likely to attract others to your cause and as this research shows movements are more likely to win if ‘various classes, ethnicities, ages, genders, geographies and other social categories are represented’.
What happens next to those who came? Across the pond, the election of Donald Trump has led to a similar outpouring of activist energy, so I wonder if there is learning from those behind the Indivisible campaign in the US. They’ve taken the model that the Tea Party used during the first term of Obama’s presidency and turned it on its head, and it’s already having success, for example pushing back the repeal of the Affordable Care Act.
There focus is unashamedly local, they realise they won’t win with lots of people putting pressure in the right places, by turning up at the public ‘Town Halls’ that representatives hold, or bombarding Representatives with phone calls – they’re also making some fairly nifty tech for it.
So what is happening next to everyone who marched on Saturday – the last thing that needs to happen is all those people return home thinking they’ve done their bit. Who is creating a UK equivalent of Indivisible to move this from the streets of London?

3 thoughts on “After Article 50. Some questions for Remain campaigners”