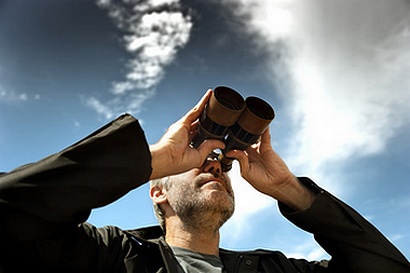 We might be 2 weeks into 2016 but I don’t think it’s too late for some predictions….so here are a few moments and processes to watch out for that I think are going to have a big impact on campaigning in the next 12 months. I’d be interested in knowing what you think, please add your ideas in the comments below.
Don’t ignore the House of Commons Petition Site – Launched with limited fanfare last year, the House of Commons has updated its petition website – with new thresholds for response and debate. Watch for how active the Petitions Committee which is responsible for deciding what to do with the petitions  are in the coming year at responding to petitions that hit the 100,000 signature threshold.
I’ve been at a number of events where I’ve heard MPs express concern about the volume of e-actions they’re getting (that’s a whole other blog to write) so it could be that some MPs start to push for the House of Commons petition site to be the way that they want campaigners to interact with them – the new site already has a function to see how many people have signed per constituency.
The EU Referendum is going to set the political weather – of course we don’t know the date for this yet  – I’m predicting September, but this from Tim Montgomery, is as always, very perceptive about how it’s shaping the political decision making for the Government.
This government is behaving differently because the outcome of the In/Out referendum (likely to be held in June 2016) may well determine David Cameron’s place in history and is uppermost in his mind. He risks Britain’s membership of the EU if he’s an unpopular mid-term prime minister at the time he is recommending Britain should vote to “remain” (as he certainly will). I underestimated Downing Street’s determination to organise everything in terms of avoiding Brexit. The go-slow on cuts, the living wage announcement, the retreat on tax credits, the extra money for defence… this pre-referendum behaviour is pretty boilerplate pre-election behaviour.
Referendums are largely unknown phenomena for issue campaigners in the UK. The AV referendum hardly caught the public imagination, while the Scottish referendum has caused a political earthquake in a number of ways. The EU referendum is going to shape much of the political dialogue and decision making for the next 12 months.
Look to the US Presidential Election for the future of campaigning – I wrote before the 2012 election that given the budgets involved and the importance of the outcomes it’s the single moment that will shape the future of campaigning tactics and approaches. I can’t see the changing in 2016.
Looking back at the articles that following the elections there was lots shared about how to use data and more data, but dig around more and its also about the organising approach – so as we head towards the vote in November keep an eye out for the lessons and approaches – we’re already seeing stories about advanced data mining via Facebook, and here for some other early trends.
Don’t think you can leave the Fundraising Preference Service to your fundraising colleagues to worry about – Don’t think that the scheme – which has been developed in response to media stories over last summer -will just effect your fundraising colleagues. While the details are being worked out it could have big impact on all charity communications – including those you send about campaigning.
But this is also about how the actions of charities are becoming increasingly scrutinised – I’ve written before about the threats to campaigning, and sadly in 2016 I can’t see that changing (although at the end of 2015 we got a commitment that CC9 an important but little known piece of guidance that allows charities to campaign when they’re doing so in line with their charitable purpose won’t be reviewed). We’ll need to be make the case for what’s been changed as a result of campaigning in 2016.