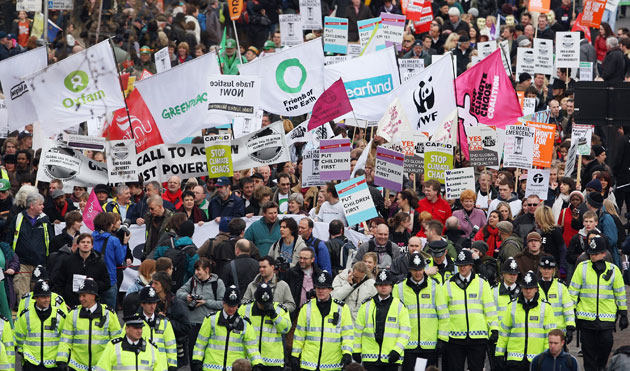 Last week, I was working with some trustees involved in a charity that’s interested in investing more in mobilisation. It’s always fun to get out and about to help organisations looking to get stuck into campaigning.
Towards the end of the session, someone asked about the role a board can play in helping to support the organisations campaigning. I suggested the following;
1. Compliance – Trustees need to be aware of the regulations surrounding charity campaigning. They’re legally responsible for ensuring that charities meet it, so it’s good they know what can and can’t be done. But as I’m always keen to say, being compliant doesn’t mean a charity needs to be silent. The Charity Commission guidance on this clear says that campaigning can be done if it supports an organisation’s charitable activities. Trustees need to speak out when this right is being threatened.
2. Champion – If any organisation has decided to invest in campaigning and mobilisation it needs its trustees to champion this decision internally. Campaigning is about mobilising people to challenge systems and structures that hold power, and sometimes that will come into conflict with other work an organisation is doing (especially if they’re dependent on government funding where ). When hard decision need to be made trustees needs to trust their instincts that investing in campaigning will help their charity achieve its objectives.
3. Patience – Change through campaigning doesn’t always happen immediately, and as I’ve written about before, even when it does happen those impacts might not easily captured in a set of KPIs. Boards need to understand that it might be a few years before the full value of their investment is seen, and also work to ensure the metrics that a board uses doesn’t just look at outputs but also the stories behind the outputs.
4. Contacts – Trustees are often well connected individuals with contacts in media, government or other institutions that can be incredibly useful in helping to deliver campaign victory. Understanding how these can connections can be put to best use can be invaluable.
5. Challenge – It’s not the job of trustees to run the day-to-day operations of a charity, but that doesn’t mean that they shouldn’t taken an interest in the strategy that’s being developed. The best campaign strategies have assumptions tested and challenged to ensure they’re as sharp as they can be, and trustees can often help bring another perspective to the plans. Trustees should also appreciate that good campaigning requires flexibility to respond to changing circumstances.
Campaigners can also support trustees. The composition of board often lags a few years behind the latest thinking in charities, which mean many charity boards still don’t have people with campaign experience on them. Encouraging people that do to join boards would help.