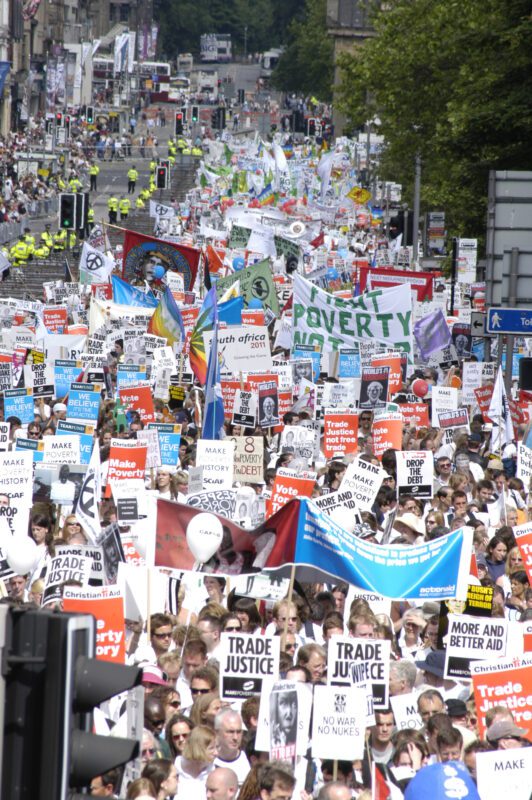 I love working in coalition (which is perhaps why I’ve ended up working at Bond!).
I’ve lost count of the number of coalitions that I’ve been involved during my campaigning career, but from End Water Poverty, to Make Poverty History, via Turn Up Save Lives. I get a buzz from bringing people together to achieve more through our shared endeavours that we can achieve on our own (h/t the Labour Party membership card!)
But ask most campaigners about working in a coalition and you’ll normally experience a sharp intake of breath before being regaled with some horror story of the challenge of working with others, but it doesn’t have to be like that!
Here are a few tips I’ve found helpful;
Build relationships – throw any group of individuals together for the first time, that doesn’t mean you need to become best friends with everyone in the coalition, but taking time to get to know people, what’s brought them to this work, what makes them tick will always accelerate the effectiveness of your coalition.
Trust matters – research shows that the most effective coalitions where those involved experience high degree of trust. It’s not easy to build trust quickly, it comes through working together, going through adversity, pulling off the unexpected, but healthy coalitions are ones where those involved trust each other.
Be clear on the structure you need – there are a huge number of ways you can go about structuring your coalition, but finding a model that feels like its going to work really helps. With Turn Up Save Lives we’ve found that an informal coalition has been all we’ve needed, but in other campaigns a more formal structures has been really helpful. And remember, that the model you start with can change during the lifespan of your coalition!
Keep perspective – It can be easy to read too much into the actions of others in a coalition, and see every action as part of a vast conspiracy theory, sometimes its is, but my experience that more often than not that’s not the case. More often than not its a mistake than a conspiracy.
Build a diverse coalition – this is a mantra that’s been drummed into me from the first campaigns I was involved in. Diverse coalitions that bring together people or organisations who don’t normallly work together have impact. Remembering that by working together in a coalition doesn’t mean you have to agree on everything else you do.
Make it easy to collaborate – most people coming into your coalition are already busy, so finding the tools that help facilitate this really help. Setting up Google Groups is often a brilliant way of doing this, having regular conference calls (I use PowWowNow a lot!) and if possible getting people together in person.
Find the coalition builders – We exist, we’re often the people you’ll spot trying to make connections between different people or groups or who will pick up the action points that no one else is keen to take on. Make sure you’ve got a few of us involved in your coalition from the start!
End it when it needs to end – too often coalitions keep going because ‘thats the way we’ve always done it’. The most effective coalitions I’ve been involved in have clear review points, and end when it’s time to end. Again if your coalition achieves its original aim doesn’t mean you can’t form a new coalition for the next stage!
You might also be interested in this post – Working in coalition – learning from the last 10 years.