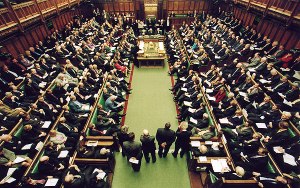 Brian Lamb has written two excellent blog posts in the last week  (on the NCVO site and on Third Sector), which both mention an evidence session of the Public Administration Select Committee in late January where a small number of MPs spent a considerable amount of time grilling representatives from leading charities about campaigning.

So what can we learn from the exchanges about which tactic campaigners should avoid if they want to keep (some) MPs happy?

In the same way that a single swallow doesn’t make for summer, we need to be careful to assume that the comments of a few MPs reveal how the majority of Parliamentarians view charity campaigning, but the transcript is worth a read as it reveals some bad campaigning practice that’d campaigners would do well to avoid if they’re to keep some MPs on side;

Lesson 1 – Sending the wrong person to do the lobbying
Some of the MPs objected to no longer being lobbied by Chief Executives but instead ‘by parliamentary campaigns officers who, in most cases, have absolutely nothing of interest to tell me‘. Clearly not all MPs feel this way (and MPs aren’t obliged to meet with Parliamentary Officers!) but does hierarchy matter more when you’re working with Conservative MPs? I’ve heard of one government department where the Minister will only meet with Chief Exec’s, and if  this is a trend are CEOs making enough space in their diaries to engage in lobbying?

Lesson 2 – The personal touch counts
Others objected to the sending of ‘impersonal e-mails and sending letters on behalf of their Chief Executives with electronic signatures‘. With one MP arguing ‘I cannot recall ever sending a letter with an electronic signature to any of my constituents‘. Seems to be common sense to me and an easy mistake to avoid.

Lesson 3 – Don’t overwhelm them with automated emails
This issue seems to be Robert Halforn MP bugbear (he also wrote about it here) and it’s something that campaigners have heard before (remember the incident with Dominic Raab MP last summer), but the comment shows the sheer number of messages that MPs appear to be receiving ‘ that at least 20% of the 150 to 200 e-mails a day I get nowadays are from charities, and they’re not personal e-mails-they’re ones produced when people put their name and a postcode on their charity’s computer and you get an automated e-mail‘. Does this just show it’s an effective tactic or is it a tactic which is fast loosing its impact? If it’s the latter then it feels to me that the sector needs to start thinking and innovating about new ways of generating mass actions.

Aside from the highlighting of less effective campaign tactics, the exchange focused on the amount of money that charities spend on advertising and campaigning. Lots has been written about this, see Sir Stephen Bubb’s blog and Third Sector on this, but clearly it’s an issue that some who have a less favourable view of charity campaigning will continue to go on about.

Perhaps one solution would be to learn from organisations, like 38 degrees, who do direct fundraising to pay for campaign ads, perhaps it’d be worth others considering this to show that those who’ve given money are happy for it to be used in this way. That way, it’d be very easy for a charity to say that its donors were very clear about what the money would be used for.

As an aside, you could argue that the money that Shelter spent on the advert near Parliament was well spent because it’s clearly been remembered by Politicians!